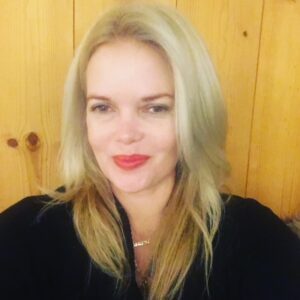 Meghan Conklin has over 20 years of experience in environment, energy, and climate change policy from having served in Senior Roles in the Obama Administration at both the Department of Energy and the Department of the Interior; and also on Capitol Hill in the U.S. Senate and the U.S. House of Representatives.

She previously served for four years as Policy Advisor to Senator Chris Van Hollen (D-MD) on energy, environment, agriculture, science, space, and technology policy. This involved staffing Senator Van Hollen on the Senate Committee on Environment and Public Works, Senate Appropriations Subcommittees on Interior, Environment, and Related Agencies and Energy and Water; and Senate Committee on Agriculture, Nutrition and Forestry.  While working for Senator Van Hollen, she helped him enact multiple pieces of legislation including the ARPA-E Reauthorization Act, the Chesapeake WILD Act, and several initiatives in the 2018 Farm Bill.

In the Obama Administration, Meghan served as Deputy Assistant Secretary for Transmission Permitting in the Office of Electricity at the Department of Energy where she was involved in permitting over 8000 MW of clean energy transmission projects; and was previously Associate Deputy Secretary at the Department of the Interior, and Chief of Staff to the U.S. Fish and Wildlife Service.

Meghan has a Masters in Public Policy from George Washington University and a B.S. in Environmental Studies from the University of California Santa Barbara.